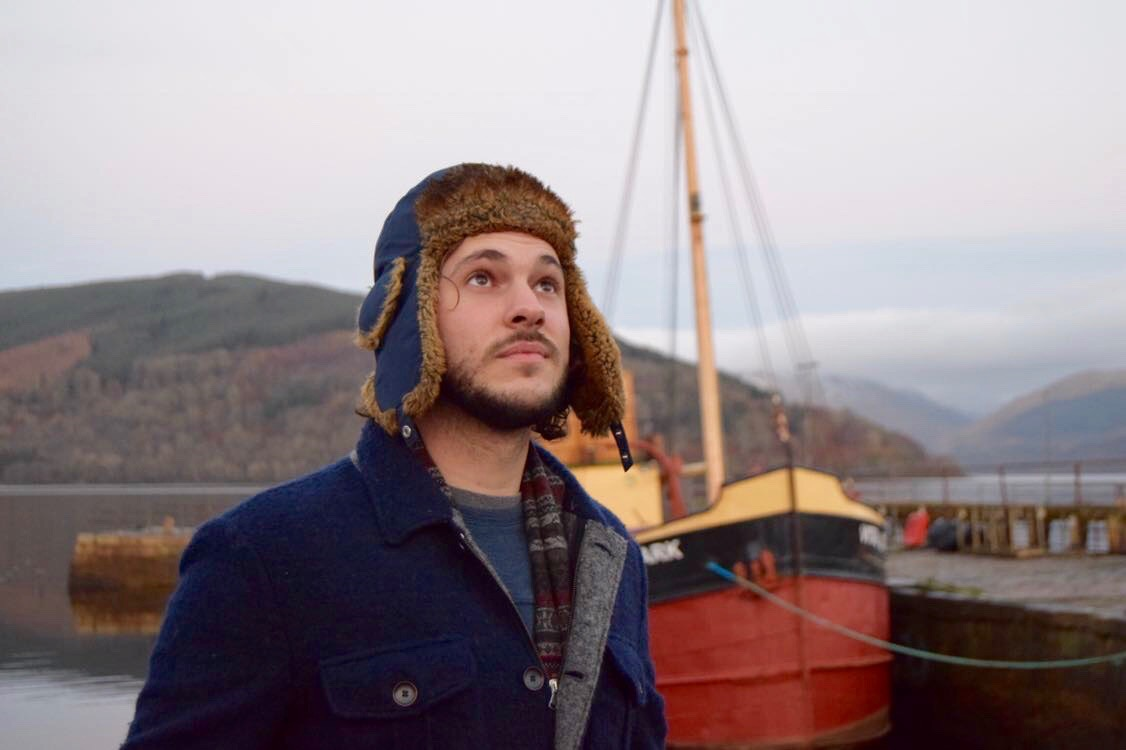 Zachary has a BSc in Marine Biology from College of Charleston, USA (2017) and a MSc in Sustainable Aquaculture from University of Stirling, Scotland (2018). He is now working on his PhD Behavior dynamics modulating skeletal anomaly’s onset and repair with a model fish species Medaka (Oryzias latipes) and a commercial species Gilthead seabream (Sparus aurata).

Zach began his scientific career with marine ecology studying the environmental/physical properties of mangrove ecosystems, specifically the bio-systems of tropical mangrove and fish recruitment. He conducted fieldwork and presented research on the intra-habitat variation of mangrove creeks as they relate to bonefish (Albula vulpes) populations at the Cape Eleuthera Institute, Bahamas.

At the same institution he later studied Caribbean gyres and the cycling of micro plastics and POPs by collecting plastics through trawls and dissection of the stomachs of several pelagic species such as Dolphinfish (Coryphaena hippurus) and Yellowfin tuna (Thunnus albacares) in the Exuma sound.

His next stage of research done in fulfillment of the BSc thesis focused on Benthic micro algae communities and their response to physical variations along a tidal beach in South Carolina. In this study he employed experimental design creating an artificial shading apparatus to study the impacts of light and other physical variables on diatom communities and conducted chlorophyll extractions, DNA extraction and PCR-DGGE at the Grice Marine Lab in Charleston SC.

Zach conducted his Masters’ thesis with the Comparative Biology and Endocrinology group at CCMAR, Universidade do Algarve in Faro Portugal. While he was there he performed an experiment and subsequent analyses on the Mediterranean mussel (Mytilus galloprovincialis)as well as investigated bioinformatic and genomic expression of key sequences in the immuno-response pathways of aquatic invertebrates in order to elucidate the early evolution of pattern recognition pathways in the innate immune system in bivalves. He examined the gene family evolution of lysozymes and peptidoglycan recognition proteins in the early metazoa and more advanced invertebrates. He conducted an experiment in which he injected peptidoglycan (a proxy for gram positive bacteria) into the abductor muscle of M. Galloprovincialis and extracted the mantle tissue in order to determine the impacts of the infection on this tissue type, which serves as the point of contact between the organism and the physical environment. RNA extraction, cDNA synthesis and rtPCR were employed to find the expression of lysozyme & PGRP candidate sequences in mantle tissue. Enzymatic assays (lysozyme & carbonic anhydrase) and histological analysis (H&E & Masson’s trichrome) were also carried out with extracted mantle tissue in order to investigate the enzyme activity and morphological response to peptidoglycan.

Zachary has professional classroom teaching experience from his employment at the College of Charleston in which he taught two classes during his 4 year Bachelors degree. He has experience teaching in both a classroom setting (Biomimicry, nature as mentor) and fieldwork setting (Natural History of the Galapagos).

He also has been heavily involved in volunteer work and held leadership roles in organizing volunteer organizations (Reading Partners & Green heart). Both of these organizations dealt with underprivileged elementary school communities and Zach held active positions both volunteering his time directly to the organizations and an employment managerial position as a volunteer director involved in recruitment, event planning and liaison between student volunteers and the respective organizations.

Zach is a native English speaker and also speaks Italian, Portuguese and Spanish. He is an avid diver and holds advanced certifications in wreck diving, underwater navigation and Nitrox (EAN40). He has a passion for tropical ecology and sees aquaculture as a sustainable solution to alleviate anthropogenic pressures on the ocean.

After the PhD Zach plans on opening a commercial scale hatchery and private research facility in order to tackle new problems in the aquaculture industry and to combat environmental stress while simultaneously supporting humanity’s nutritional needs in a marketable and sustainable venture.